Do You Enjoy Networking? Be Honest.

Do You Enjoy Networking? Be Honest.

Do you enjoy networking? I mean really enjoy it?

If you answered no, that’s normal, you are in the majority. In fact, some studies have found that 9 out of 10 people considered themselves to be shy or introverted, in networking settings. Many professionals feel uncomfortable with the idea of networking because the practice seems 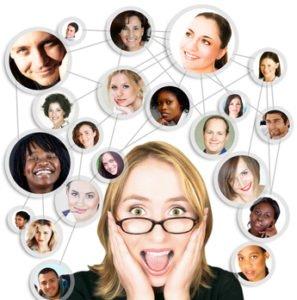 somewhat foreign to them. However, many of these same professionals possess great social skills in other situations. So is it possible to make networking a less painful process? Is it possible to even enjoy it? The answer is yes according to Susan RoAne, author of How to Work a Room: The Ultimate Guide to Making Lasting Connections.

In her book, which was recently featured in a SHRM Viewpoint article, RoAne distinguishes the difference between socializing and networking. Based on her research, RoAne has determined that there are separate skill sets for social interactions and business networking. She believes the key to success is utilizing a mix of “socialization skills” and “networking tactics”. By blending the two together, professionals become more comfortable with interacting with others on a social level which eventually leads to meaningful networking connections. In order to make the most of your next networking event, RoAne suggest to focus on preparation, practice, and making an effort to be approachable.

In regard to preparation, it’s important to spend time learning about the event, members, and attendees prior to your arrival. This will enable you to prepare a meaningful introduction and select a couple of meaningful topics to discuss. She also recommends to practice your introduction and connecting it to the event in some meaningful way. A great boast of confidence can be found in feeling fully prepared and having an idea of what you can contribute to a conversation beforehand.

Finally, RoAne stresses the importance of creating a sense of approachability with others. This can be accomplished with a welcoming smile and an interesting article of clothing or accessory like a fun tie or unique piece of jewelry. The idea is to create an opportunity to start a dialogue and establish some common ground. Once the conversation is flowing, great connections can be forged, both personally and professionally.

Networking like a pro doesn’t mean you have to leave your personality at the door. In fact, connecting with others is far easier when they have the opportunity to really get to know you. If you would like to learn more about networking opportunities in our area, contact our office today. We are a part of many professional organizations and groups and would love to assist you in developing a knack for networking.